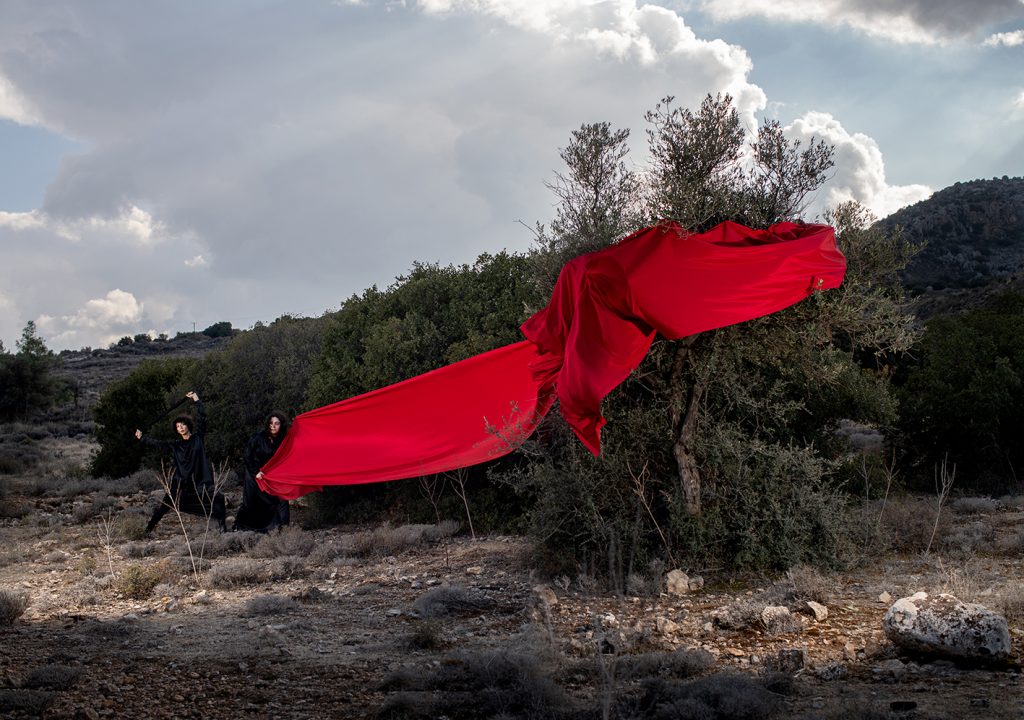 Grief-Work which is currently being shown at the European Cultural Centre, Venice in parallel with the 59th Venice Biennale, is coming to Cyprus for screening at The ARTos House, Nicosia.

Kirwan explores concepts of mourning and memory, fragment and trace and journeying as the poetic and metaphorical construction of memory. Generally, these are expressed through her quiet, meditative performances and multi-channel video installations such as in her Memory Theatre series.

For Grief-Work, Kirwan has taken inspiration from some of the mourning traditions of ancient Greece and the Middle East. It features the artist, as a character on a metaphorical journey, encountering performances of ancient funerary rituals particularly as illustrated on white-ground Lêkythoi vases which were popular grave gifts in Athens in the 5th century BCE.  She oscillates in a multiplicity of existences and experiences, seemingly teetering on the edges of two spheres as if enacting her own transition from life to death. Although apparently on a chronological journey her simultaneous encounters are boundless, endlessly taking place, unfettered by time and space. The paintings on Lêkythoi vases depict various funerary rituals and activities for nourishing the deceased and their memory including the sadness of the mourners, but also changing Greek attitudes towards dualistic notions of time; the mourners epitomising the empirical and tangible nature of kairos, informed by human experience and subjectivity.

The outdoor scenes filmed in Cyprus are synthesized with other material into a fragmented but interwoven repetitive structure. A sense of infinite motion is echoed by the inclusion of chant sung by the Byzantine choir of the Holy Metropolis of Limassol, Cyprus, ‘Romanos the Melodist’.

The chant, with its continuous rhythmic flow has been integrated by the composer Tom Lane into the overall soundscape to accentuate the sense of poetic gravity of Grief-Work.

Intrinsic to Kirwan’s work is the Hegelian concept of memory as repetition, constantly reinventing itself as a permanently recreating and re-enacting loop rather than a recitation of the past. It is also underpinned by her interest in the German Romantic philosopher Friedrich Schlegel’s radical concept of the philosophical fragment as a dynamic practice which aims at fragmentation for its own sake. Fundamental to Kirwan’s reiterations is an essential incompletion which is itself the mode of fulfilment. Earlier projects include Fragment and Trace, (2015), Memory Theatre, (2017) and perpetuum mobile (2019), and live performances such as in the sea in Cyprus and the UK.

Opening by the Ambassador of Ireland, His Excellency Conor Long at 7:30 followed by a screening of Grief-Work (40 minutes)

Talk by poet and academic Dr. Marilena Zackheos followed by a screening of Grief-Work (40 minutes)